If You Think Hiring A Professional Is Expensive, Try Hiring An Amateur

If You Think Hiring A Professional Is Expensive, Try Hiring An Amateur

Red Adair’s quote stands the test of time in its relevancy today. The recent recession has created an interesting paradigm shift within the design industry. Previously, each profession performed work relevant to their particular skills and training. Now, however, boundaries that once separated these individual trades have blurred, creating a hodgepodge of undefined roles and responsibilities. Contractors take on architectural projects, dictating the placement of walls and technical know-how. They are even called upon to do decorative work. Architects now portray themselves as interior designers and decorators, exclaiming expertise in sourcing furniture, fabrics, and accessories. And, decorators self-proclaim themselves experts at designing architectural spaces. What caused such a melee in the industry? One doesn’t have to look far for an explanation.

The answers are clear. With a paucity of work around, professionals are scrambling to attract as large an audience as possible, with each profession widening their nets to capture potential clients. In addition, a profound lack of understanding what each design professional’s role is has led to a client’s hiring one type of trade to do the work of another. So, contractors are hired to do architectural work, architects to manage construction projects and everyone is undertaking the design and decorative aspects of a project. Instead of teams of professionals, one person is being retained to do the work of all. In addition, the role of each professional may not be truly understood or appropriately valued. For instance, many customers believe that designers are simply purveyors of furniture who buy and sell goods. It is not made clear to them that we design compositions of space, relating to scale, ratio, and proportion. And, because almost anyone can be a purchasing agent, oftentimes the client has undertaken to do the designer’s job themselves. The salient part of this equation: the bottom line. By doing it oneself, the client saves money! Thus, lack of education as to a professional’s real value combined with the client’s desire to save money in this economy has created this unique paradigm change. Not all clients look for the least expensive item or professional, but for those who are renovating nowadays, price is a major consideration. Should a contractor tell a client that they can’t design their kitchen, they lose the job. Architects, passing along design expertise oftentimes as a complimentary amenity, specify furniture and design plans. And, so on. The examples are numerous.

While previously relying on a professional’s expertise, clients are now, for the most pare, calling the shoes. Design is motivated by the client’s desire to get the best possible price without realizing the inherent cost to them. Inherent because cost is not just composed of the dollars spent, but something much more valuable: talent and expertise. Lest we think lack of education and the economy are the only culprits here, enter reasons three and four. Magazines, way back in the ‘80s, starting showing readers that the average person could act like the ‘pros.’ Delegating one side of the page to a professional’s design costing $150,000 the recco was pit against a $50,000 job, done by a layperson. In effect, they showed the reader that it was more economical to do it yourself! It is indeed mysterious as to why these magazines would advocate a D-I-Y’er approach, basically cutting off the hand that feeds them. Amateurs can’t perform professional projects, no more than doctors can do taxes, or dentists build walls. To make matters worse, HGTV caught on to the do-it-yourself craze, illustrating how oftentimes ill-equipped homeowners or self-proclaimed stars can accomplish their own renovations and decorating with a dash of taste. A little bit of knowledge became a dangerous undertaking. Lastly, the venerated design organizations, created to protect our domain, did little to arrest these burgeoning points of view.

But, has the client, with all their monetary savings, benefited from this exercise? What follows are some amusing, albeit sad, examples of what happens when the client decides, in searching for the bottom line, to do it themselves.

Here’s a personal favorite: In an effort to save an insignificant amount of money on professional fees, this client decided to cut out his architect’s fee for overseeing his oven’s delivery. Do you think he even knew what a “sidewalk” delivery meant? On his way home one evening, this client saw a rather large box with what looked like an oven peering through. With closer inspection, he saw the label read his name and address. Dismayed to find that it was indeed the oven he had ordered himself, ready and ripe to be taken by the sanitation department, he realized the cost to him in trying to save a couple of dollars. In the end, he had to pay for someone to bring it up to his apartment, spending much more money and aggravation than if he had left it to his architect. 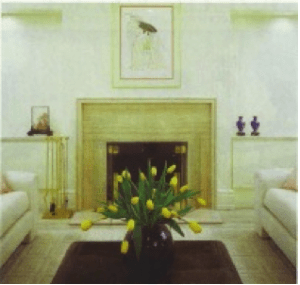